A rare lunar eclipse will take place on Sunday night / Monday morning (27-28 Sept 2015) and will be visible in parts of Europe, Africa, North and South America. This lunar eclipse is unusual as it coincides with the Supermoon of the year as the moon passes closest to the Earth, resulting in a blood red moon that will appear approximately 14% larger than usual.

This is a fantastic opportunity to try your hand at moon photography, as it’s your last chance before 2018 to see a lunar eclipse.

Here’s some detailed information regarding the eclipse so you know when and where to look out for it .… http://www.timeanddate.com/eclipse/lunar/2015-september-28

Ok onto the photography tips:

To give yourself the best chance of success you will want to make sure you bring the following gear:

Plan what you will shoot before hand

Think about the shot you’d like to take, as this will affect the equipment you bring and where you shoot.

Do you want to photograph a 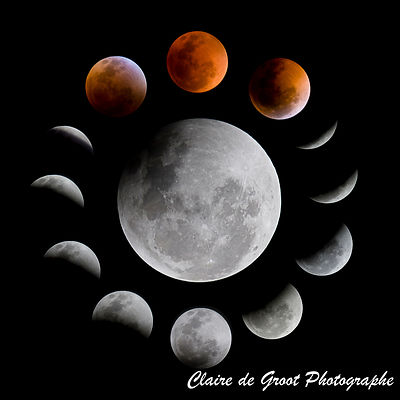 Composite photo of the eclipse

If you want closeup shots of the moon, you’ll need to use the largest zoom you can put your hands on and you’ll want to position yourself anywhere you have a clear view of the sky.

If you want to shoot a landscape, your job becomes more complicated as the background is very important. Ideally you’ll want to head out of town, where there’s less light pollution and use a wide-angle lens to capture the photo (or series of photos in the case of a composite).

Let your gear adjust to the outside temperature

If you live in Europe, the eclipse is taking place during the coldest part of the night. Taking your gear out of the warm house / car / bag may result in your gear fogging up so make sure you allow at least 20-30 minutes for your gear to acclimatise before you start shooting.

If the night is humid, avoid changing lenses as this can introduce moisture into the body, which can have disastrous consequences.

Make sure you're comfortable

You'll be outside for a number of hours so make sure you dress for the conditions and bring something to sit on. Depending on where you live, it may get quite cold as, in France at least, you'll be shooting in the coldest part of the night so make sure you bring appropriate clothing.

Reduce camera shake as much as possible

As you will be shooting with fairly slow shutter speeds, it’s important to minimise camera shake. Use the sturdiest tripod you have and increase its stability by tying a bag of rocks to its base. Minimise camera shake even further by not touching the camera while shooting as the action of pressing the trigger introduces shake. The easiest way to do this is to use a remote trigger or, if you do not have one available, use the delayed trigger function on your camera (eg. 2 second delay).

Set the focus before the moon becomes blood red

The moon will appear approximately 5 times darker than usual when it enters the blood moon stage, making it difficult for your camera to autofocus on it. In order to get the sharpest shot, pre-focus the camera on the moon before turns red (then set the focus onto manual, making sure not to bump the focus ring).

If you are unable to do this, or if you accidentally bump the focus ring, try going into live view mode (on a Canon camera), zoom into as far as you can and manually focus the shot.

Be prepared to increase your ISO

The normal moon is very bright, usually requiring an ISO of 100 and a reasonable shutter speed, however you will find that this will not be sufficient when the moon enters the full eclipse as there will be approximately 5 times less light available. Be prepared to increase your ISO dramatically (up to and 1600+) when the moon becomes red to ensure a well-exposed and sharp photo.

Don’t slow your shutter speed too much

The moon moves surprisingly fast (especially if you are photographing with a zoom lens) and using a slow shutter speed can result in a blurry photo. The slowest shutter speed I would recommend is ¼ second. To ensure your photo is well exposed at this (or a faster shutter speed), change your ISO and your Aperture until you get the result you’re after.

By the end of the eclipse, your gear will have been out in the cold for over 4 hours. Bringing the gear into a warm environment will increase the chance of condensation forming in the camera or lenses, which would have devastating consequences.

To reduce the chances of this happening, pack your gear in a ziplock bag before heading into the warmth as this will trap the cold air inside the bag and the condensation will subsequently form on the outside of the bag. Alternately (or additionally) keep all your gear in your bag (if the bag was outside with you) for at least 2hrs after you come back inside to allow it all to gradually get back to room temperature and, of course, don’t put your bag near the heater or the fire as it’ll warm up too quickly.

Ok that’s it for the Lunar Eclipse blog, have fun out there and feel free to post your results on this page – I’d love to see what you come up with. 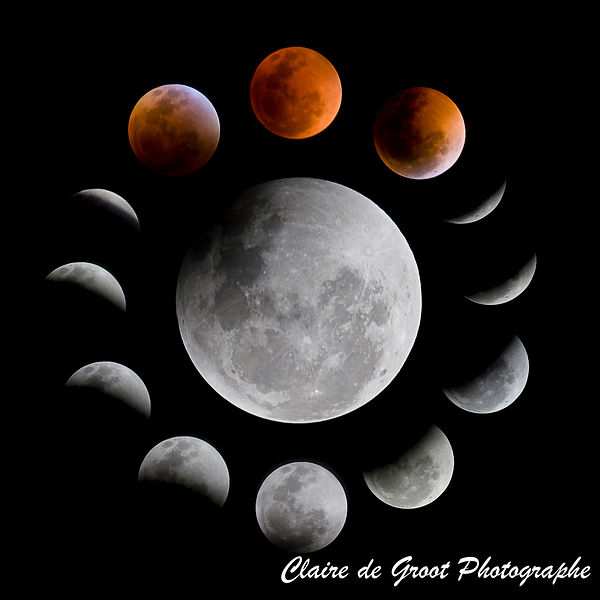